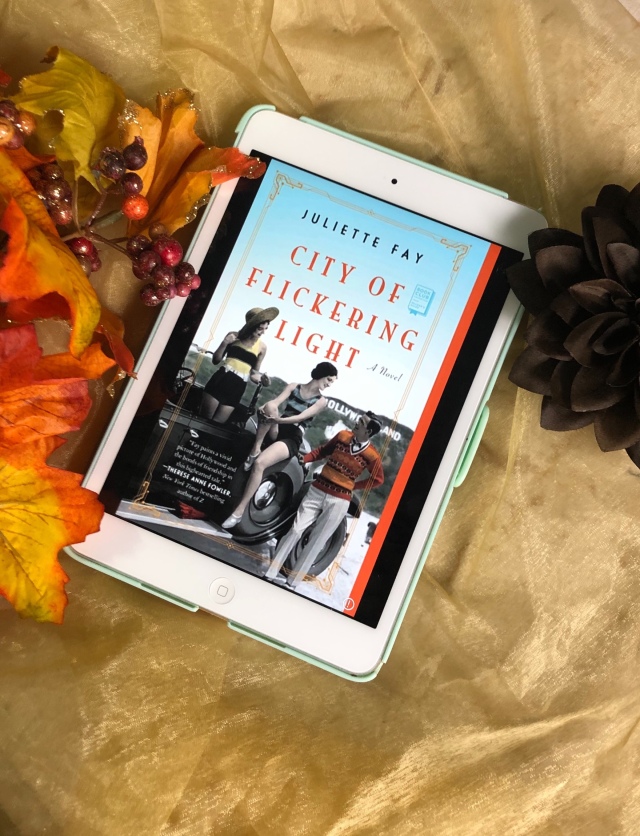 Juliette Fay—“one of the best authors of women’s fiction” (Library Journal)—transports us back to the Golden Age of Hollywood and the raucous Roaring Twenties, as three friends struggle to earn their places among the stars of the silent screen—perfect for fans of La La Land and Rules of Civility.

It’s July 1921, “flickers” are all the rage, and Irene Van Beck has just declared her own independence by jumping off a moving train to escape her fate in a traveling burlesque show. When her friends, fellow dancer Millie Martin and comedian Henry Weiss, leap after her, the trio finds their way to the bright lights of Hollywood with hopes of making it big in the burgeoning silent film industry.

At first glance, Hollywood in the 1920s is like no other place on earth—iridescent, scandalous, and utterly exhilarating—and the three friends yearn for a life they could only have dreamed of before. But despite the glamour and seduction of Tinseltown, success doesn’t come easy, and nothing can prepare Irene, Millie, and Henry for the poverty, temptation, and heartbreak that lie ahead. With their ambitions challenged by both the men above them and the prejudice surrounding them, their friendship is the only constant through desperate times, as each struggles to find their true calling in an uncertain world. What begins as a quest for fame and fortune soon becomes a collective search for love, acceptance, and fulfillment as they navigate the backlots and stage sets where the illusions of the silver screen are brought to life.

With her “trademark wit and grace” (Randy Susan Meyers, author of The Murderer’s Daughters), Juliette Fay crafts another radiant and fascinating historical novel as thrilling as the bygone era of Hollywood itself.

Irene, Millie and Henry are part of a burlesque show. They are each wanting OUT. So…Yes…they jump from a train. And boy do their adventures begin. They head to Hollywood determined to make it in the “flickers”. Millie and Irene start out waiting on the benches all day hoping to be chosen as extras. Henry starts in wardrobe. Believe me….this is not where they stay!

I have to say, these are three of the best characters ever. They each have their strengths and their weaknesses. They each have different trials and tribulations. But they all have each other’s backs. Henry is the first to get a job and he keeps the girls going in money. The girls are literally living in squalor. Then things slowly start to change for each of them.

I loved The Tumbling Turner Sisters. You can read my review here. To me, this book is not as good as The Tumbling Turner Sisters. BUT, it is still a fantastic read. I felt this one was a little slow in places. That does not take away from this story at all though. This is a tale about hard work, achieving your dreams and what best friends really should be. I learned so much about old Hollywood and what people did to get into the movies. Plus, what they did to keep their name clean. Very fascinating!

I received this novel from Gallery Books for a honest review.