The Girls in the Picture by Melanie Benjamin

An intimate portrait of the close friendship and powerful creative partnership between two of Hollywood’s earliest female superstars: Frances Marion and Mary Pickford. An enchanting new novel from the New York Times bestselling author of The Swans of Fifth Avenue and The Aviator’s Wife.

Hollywood, 1914. Frances Marion, a young writer desperate for a break, meets “America’s Sweetheart,” Mary Pickford, already making a name for herself both on and off the screen with her golden curls and lively spirit. Together, these two women will take the movie business by storm.

Mary Pickford becomes known as the “Queen of the Movies”—the first actor to have her name on a movie marquee, and the first to become a truly international celebrity. Mary and her husband, Douglas Fairbanks, were America’s first Royal Couple, living in a home more famous that Buckingham Palace. Mary won the first Academy Award for Best Actress in a Talkie and was the first to put her hand and footprints in Grauman’s theater sidewalk. Her annual salary in 1919 was $625,000—at a time when women’s salaries peaked at $10 a week. Frances Marion is widely considered one of the most important female screenwriters of the 20th century, and was the first writer to win multiple Academy Awards. The close personal friendship between the two stars was closely linked to their professional collaboration and success.

Mary Pickford was a force of nature. She was smart, hardworking and knew when to play her cards right. She and Frances were great friends and each had a long and prosperous career, basically because of each other. Mary helped Frances get her start. Frances was an excellent screen writer which kept Mary in the movies, even when the flickers became the talkies.

I researched Mary and Frances both. These ladies helped change the movie business. I had never heard of Frances and knew very little about Mary. So this novel taught me so much. I loved reading about the “flickers” and about old Hollywood. Also, these two women over came so many obstacles in a man driven world. They were forces of nature!

Wow! I enjoyed this novel! I am on a roll for 2018. I did fluctuate between a 5 and a 4 star rating. Basically because this is a long read, longer than it should be. But the 5 star won out. The setting and the characters were just too good! 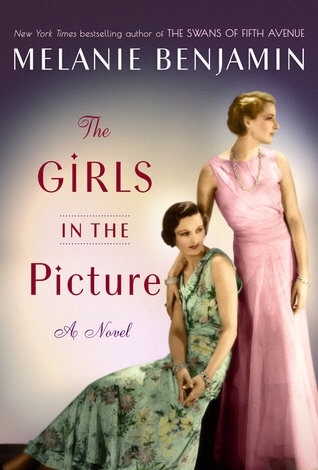 I am an avid reader and paper crafter. I am a mom of 2 children, 5 dogs and 1 cat. I am a huge St. Louis Cardinals Fan
View all posts by fredreeca →
This entry was posted in Reviews and tagged fiction, kindle, netgalley, nook, reviews. Bookmark the permalink.