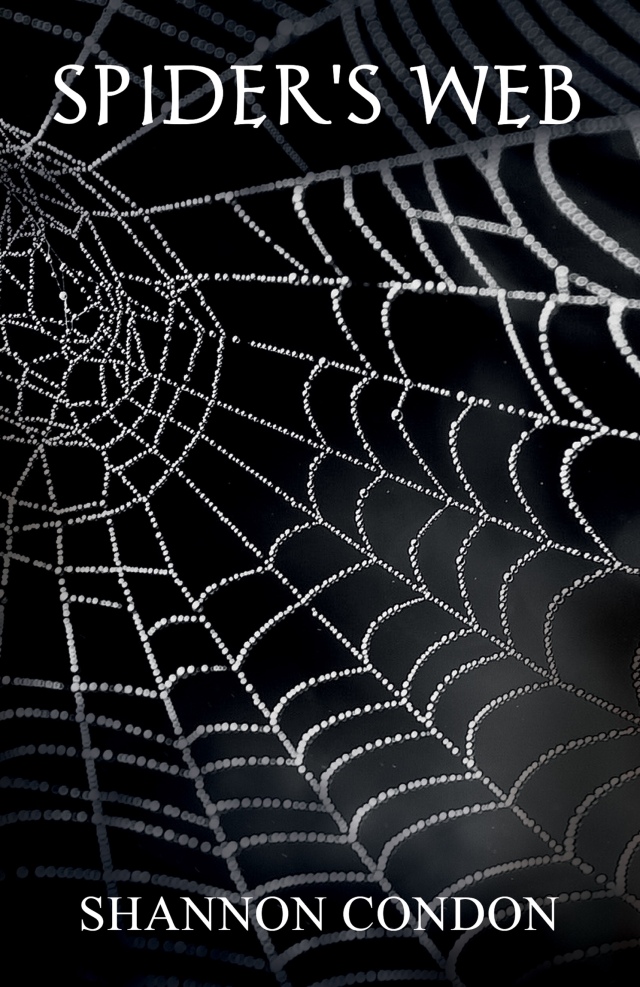 Over three years have passed since Maggie’s near fatal injury. Initially, she was happy to return home to the calm of everyday life. Time has given her a false sense of security. She no longer feels threatened by her old enemies. She becomes depressed and frustrated.  She is restless running the team’s special ops missions from the safety of the Grid. To appease her and hopefully relieve her cabin fever, Shep plans a girls’ weekend for her and Celeste. No sooner does she re-enter the real world when her past finds her. Separated from her team, Maggie must use all her resources to save herself and others. She soon learns she cannot control every outcome.  In an instant, Maggie’s life is forever changed. Unsure who to trust, Maggie tries to navigate her new reality. Will she be able to choose her future or will she remain trapped in the web of enemies she has created?

Maggie has had a hard go of it lately. She is recovering from an injury which has taken her out of a job she loves. She is depressed and needs a change of scenery. She agrees to a girls weekend. It is what she needs, right? Until it isn’t. She must overcome her fears to save herself and others.

When I first read about Maggie, I was not sure I was going to like her. She whined and good bit and that got on my nerves. But, as the story unfolded she got her backbone and turned into a great character. As a matter fact, she is a person not to be messed with. Her “smarts” keep her alive and kicking.

This is a quick, enjoyable, edge of your seat read. I love all the twists and turns. Maggie has no clue who is to be trusted. The web of lies and deceit really keep you guessing.

I have not read the other books in this series, so this one can be picked up and read alone. I will go back and get the others, of course. You can never have too many good books! 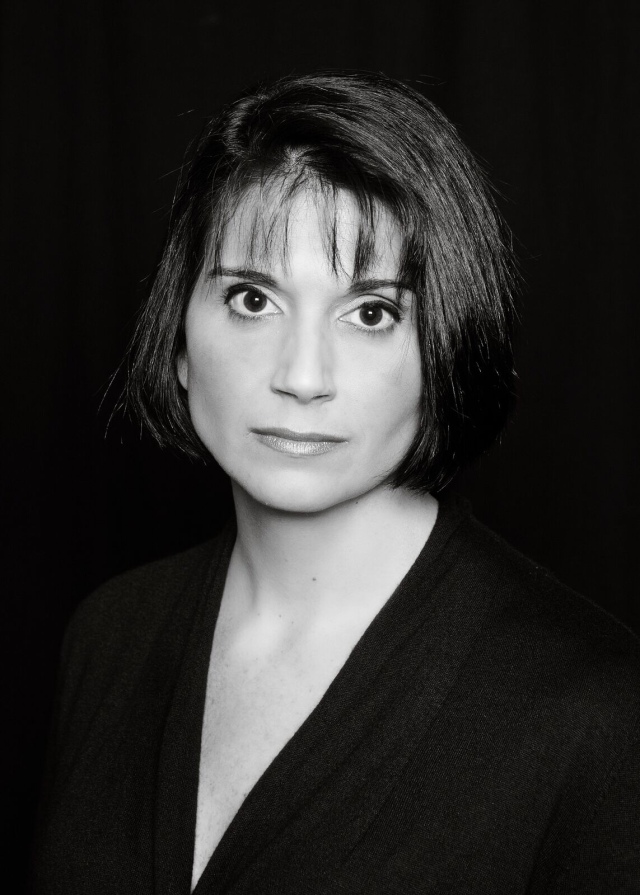 Shannon Condon is the mother of three boys and lives in Greensboro, North Carolina. She graduated from the College of Journalism and Communications at the University of Florida. She loves to travel and is fascinated by history.  She has always wanted to be a writer and with the publication of the Magdalena Series: Finding Magdalena, The Brotherhood and now Spider’s Web (release date  November 30, 2018), she has brought that dream to fruition.

“Okay, guys, let’s run through this one more time before you head in,” Maggie  said, trying to keep the tension out of her voice.

“Maggie, we’ve been over this three times already,” complained Bernardo.

“Cut me some slack. Once you enter that building, I’m blind. I’m sitting in this basement trying to provide logistics and keep the three of you alive during this mission. I only have access to the street cameras, nothing inside the building,” Maggie said, her frustration growing.

“Go over it again, Maggie,” Shep said calmly. “This mission is too important to miss a step. We’re listening.”

Maggie took a deep breath. Shep, Bernardo and Nate were in a van a few blocks from the target building in Bern, Switzerland, while she was sitting in front of several computer screens, safe in the control room in the basement of the Shepherd home.

“All right.” She was in her professional logistics mode. “You are going to enter the stairwell on the northwest end of the building. Use the security swipe card I gave you to gain entrance. Before you enter the stairwell, make sure your masks are on. There are cameras everywhere; we don’t want you being identified later when they watch the tapes. When you get to the tenth floor, you will need to swipe the card again. The door will open toward you. There is an infrared security system. You will need to put your goggles on and crawl under it toward the office door straight ahead of you. My source said he would leave the door unlocked. Once you are all inside, close the door behind you and let me know you are in. Don’t touch the computer until I tell you, and leave your masks on. All good?” Maggie asked. She heard three yeses and sat back in her chair, watching them exit the van and move toward the building. She could hack the available street cameras, but the security was so tight inside the office building that she couldn’t get in without triggering the alarm. She watched them enter the stairwell and looked at her watch while she envisioned them going through the steps. She didn’t realize she had been holding her breath until she heard Shep’s voice in her ear letting her know they were safely in the office.

“Okay, baby girl. I’m in front of the computer; it’s on and waiting for the password, just like you said it would be. Waiting on your instructions.”

“Once you put in the password, off-site IT security will get a heads up that D’Angelo’s computer is in use. They’ll give him a courtesy call on his cell. When he tells IT he’s not using his computer, you will have ten minutes before security shows up. Can you adjust your camera so I can see the screen?”

“I’m sitting in his chair with my camera chest high. Can you see?” Shep asked.

“Yes, perfect,” Maggie answered. “Enter the password and then go right to his directory.” Maggie watched as Shep did as she asked. There were about twenty folders. “Are you seeing what I’m seeing, Maggie?” Shep asked.

“Yup. All the folders appear to be customer names except the photo file.”

“Most people have a photo file on their computer,” Nate chimed in.

“Look around his office for me. Does he have any family pictures or anything personal there?” Maggie asked.

“Shep, that’s our folder, but let’s open it to check.” Shep opened the folder, and it showed an array of files dealing with uranium and yellowcake. Maggie scanned them quickly. “Looks good. Let’s put the flash drive in and start copying. It should only take a few minutes. We have seven and a half minutes until security arrives, by my count,” Maggie directed.

“Bernardo, go to the outside window and open it and get the rappel ropes ready. Security is going to use the same staircase you did. You are going to have to rappel down from where you are,” Maggie said.

Maggie’s impatience was running high again. She really needed to talk to Shep when he got back. She looked at her watch. They had less than six minutes until security arrived.

“Bernardo, you have an M4 in your hands. Make the window open,” Maggie said, a little more harshly than she meant to.

“Maggie, there’s a building across from me. I don’t want to hit anyone with stray bullets.”

“I’ve done my job, Bernardo. It’s an abandoned warehouse—it’s empty. You now have four and a half minutes to get out of there,” Maggie said, then asked, “Shep, where are you on the copying?”

“I’m at ninety percent, almost there.” Maggie could hear the pinging of Bernardo’s gun taking out the window.

“Starting our exit,” Bernardo said in a professional tone. He was angry with her, but Maggie couldn’t deal with that right now.

“I’ve got the flash drive and am the last one out the window,” Shep reported. Maggie sighed. They’d had only a minute to spare.

“The security van is in the alley directly to your left. They are all filing into the stairwell.” A tense thirty seconds passed as the three men stood pressed against the building wall. “Okay, it should be clear, but keep low in case the driver is still in the van.” Maggie watched tensely as they successfully passed the security van. “All right, two more blocks up. Our van is waiting in the same location as when we started.”

Her team ran the distance and piled into the van. It pulled into traffic with no one following them.

“Looks like you’re in the clear. Great job, guys. Shep, would you call me once you’re settled on the plane?” Maggie asked. She hated that the agitation in her voice was so palpable.

“Sure thing, Maggie. I don’t know what we’d do without you.”

Maggie pulled her headphones out and burst into tears.

I am an avid reader and paper crafter. I am a mom of 2 children, 5 dogs and 1 cat. I am a huge St. Louis Cardinals Fan
View all posts by fredreeca →
This entry was posted in Reviews and tagged fiction, reviews. Bookmark the permalink.