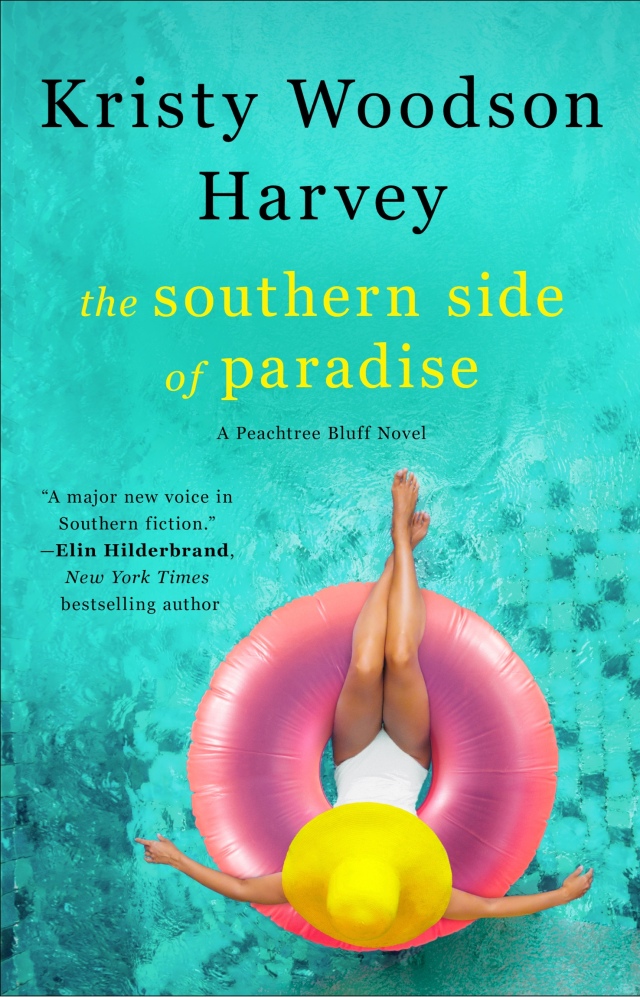 From internationally bestselling author and “rising star of Southern fiction” (Mary Alice Monroe, New York Times bestselling author) Kristy Woodson Harvey comes the third novel in her Peachtree Bluff series, in which a secret threatens the tight-knit bond between a trio of sisters and their mother.

With the man of her dreams back in her life and all three of her daughters happy, Ansley Murphy should be content. But she can’t help but feel like it’s all a little too good to be true.

Meanwhile, youngest daughter and actress Emerson, who is recently engaged and has just landed the role of a lifetime, seemingly has the world by the tail. Only, something she can’t quite put her finger on is worrying her—and it has nothing to do with her recent health scare.

When two new women arrive in Peachtree Bluff—one who has the potential to wreck Ansley’s happiness and one who could tear Emerson’s world apart—everything is put in perspective. And after secrets that were never meant to be told come to light, the powerful bond between the Murphy sisters and their mother comes crumbling down, testing their devotion to each other and forcing them to evaluate the meaning of family.

With Kristy Woodson Harvey’s signature charm, wit, and heart, The Southern Side of Paradise is another masterful Peachtree Bluff novel that proves she is a “Southern writer with staying power” (Booklist).

“One of the hottest new Southern writers.” —Parade.com

“Writers come and writers go, but Kristy Woodson Harvey is here to stay. The warmth, wit, and wisdom of this novel pave her way into the exclusive sisterhood of southern writers.” —The Huffington Post

“The south is known for breeding brilliant storytellers and Kristy Woodson Harvey has proven herself to be one of the south’s most heartfelt female driven authors of our generation.”—Jaime Pressly, star of CBS’s Mom

I absolutely CAN NOT WAIT!

I am an avid reader and paper crafter. I am a mom of 2 children, 5 dogs and 1 cat. I am a huge St. Louis Cardinals Fan
View all posts by fredreeca →
This entry was posted in Cover reveal and tagged cover reveal. Bookmark the permalink.