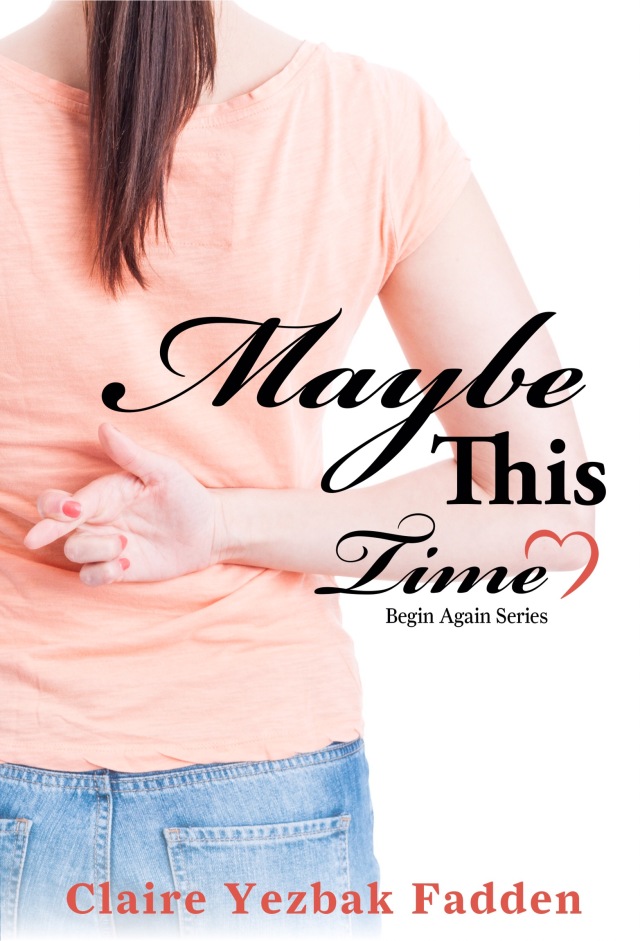 Architect Kate Jameson has sworn off men. That is until she meets Eric, the handsome son of her current client. Fresh out of a messy relationship with a co-worker, Kate’s not ready to trust her judgement where men are concerned. She dodges Eric’s advances, but can’t deny the attraction growing between them. Everything–especially his soul-searing brown eyes–makes her want to throw caution to the wind and try again. At her sister’s prodding, Kate finally agrees to date Eric, surprised at the joy he brings into her life. But when their budding romance is threatened, Kate is forced to make hard decisions and fight for her true happiness.

Undercover CIA agent Eric Wiley has survived enough loss in his life to ever want to risk being hurt again. He has long since given up on true love. Still, he’s drawn to Kate in a way he can’t rationalize. Avoiding her isn’t working and for the first time in a relationship, he wants to be truthful about his past and his career. Before their romance can bloom, however, Kate goes missing. Recognizing the danger, Eric stops at nothing to rescue the woman who has captured his heart.

Claire loves to cheer on the San Diego State Aztecs, her alma mater, and is a big fan of the Pittsburgh Pirates, Steelers and Penguins. The mother of three, she lives in Orange County, California with her husband, Nick and two spoiled dogs, Bandit and Jersey Girl. Claire’s work as an award-winning journalist, humor columnist and editor has appeared in 100 publications across the United States, Canada and Australia.

Maybe This Time is a continuation of her Begin Again series, starting with her debut novel, A Corner of Her Heart.

Kate walked faster, but Colleen stopped. “There’s a guy back there waving at you. Kinda nice looking. Now he’s coming our way.” Colleen smiled as though inviting him to come closer.

“Too late. Here he is.” Colleen made a sweeping motion as though she were a hostess on a game show introducing today’s prizes.

Oh God, his eyes are browner than I remember.

“Kate, I’m glad I caught you,” Eric said. “Sorry I missed you on the phone. I got back into town early.”

“I see that,” Kate muttered, her icy tone coating each word. Not going through this drama again. Crazy guy. Multiple girlfriends. Bad endings.

“I’m Eric Wiley,” he said, offering his hand for Colleen to shake before returning his attention to Kate.

“So maybe we can set up that coffee date. There’s a great little place a couple of doors down.”

“I know. Colleen and I just had coffee there.”

“And scones,” Colleen chimed in, handing Kate her bag of leftovers. “I’ve got to get going. I have class in thirty minutes.”

“Nice. Maybe I can take your class sometime. It’s not that sweaty yoga, is it?”

“No, it’s more of a flow class. Kate can tell you all about it.” Colleen tapped Kate on the shoulder. “I’ll see you later,” she said before scurrying toward the yoga studio.

“I like your friend,” Eric said gesturing to Colleen’s back.

“She’s pretty terrific. We met in her class. Used to be a cop.” Kate wanted to run away, but her feet grounded into the earth as though an alien force rooted them in place. All the small talk didn’t comfort her. Minutes before this guy was kissing another woman, and now he was flirting with her. Was there no end to his nerve?

“And leave the family business for what? I don’t see that happening.” You’re such a privileged mama’s boy, Kate wanted to say, but didn’t. Truth was during their earlier interactions, Eric didn’t strike her as someone who life had been easy on. It was obvious his parents leaned on his judgment. Eric presented himself as a self-made man, working for what success came his way. Still, he was hiding something she couldn’t quite put her finger on.

Granted with business-owner parents, his path may have been smoother than many. Even if your folks set you up, you’re the one who has to walk that path. Kate knew lots of privileged folks who took the benefits they were born into and managed to drink, gamble or in some other way squander their advantage, as though opportunity was an all-you-can-eat buffet. Made a bad choice, no problem. Just get a clean plate and try again. The sports pages and movie magazines were filled with celebrity examples. A couple of Kate’s sorority sisters were still trying to find themselves. That’s what they claimed at the last reunion.

“You’d be surprised. I can tell you more about my future plans over a hot mocha.”

Kate readjusted her purse strap and leaned away. “Thanks for the invite, but I need to get to work. We’re already brainstorming the next complex. Proposal is due in two weeks.”

“Yeah, I know. We talked about your innovative ideas. I thought they were great. You’re great.” Eric licked his lips and stepped closer. “Seems to me like we connected, at least a little bit, but if you’re not interested, just say so. You don’t have to go through not answering my calls and giving me the brush off. Just be honest. It will save us both a lot of time.”

Kate shoved her paper pastry bag in her coat pocket and crossed her arms. “Honesty? Is that the most important value to you, because I believe in always telling the truth. I always tell the truth.”

“And you’re suggesting I don’t?” Eric’s nostrils flared with anger, causing Kate to step back. “We are standing in the street arguing about I don’t know what. Do you want to have a cup of coffee with me or not? It’s just that simple.”

“Not until you answer a question first.” Kate straightened to her full five-foot-six height. “Who were you kissing a moment ago?”

“Kissing? What are you talking about?”

“Near the cab. The woman who kissed you. Who is she? You’re an only child, so I know that wasn’t your sister. A cousin, maybe?” Kate huffed.

Is this how he stalls for time, cooking up a lie, Kate thought. This should be really good. She waited, even tapped the toe of her boot a time or two. “Well?”

“Like I said on my call, business ended early. I grabbed a cab with a coworker. End of story.”

“Not quite. Here comes your coworker, and she looks ticked.”

I am an avid reader and paper crafter. I am a mom of 2 children, 5 dogs and 1 cat. I am a huge St. Louis Cardinals Fan
View all posts by fredreeca →
This entry was posted in Book Spotlight and tagged book spotlight, guest post. Bookmark the permalink.