To fulfill her friend’s dream, legendary sports agent Veronica Townsend has constructed a kids’ summer camp where baseball hero John Jensen was raised on a farm in Burlington, Kansas. Camp Dream Catcher, though, is in danger of shutting down after a lifeguard is murdered. With cancellations pouring in, Veronica must solve the mystery in a desperate attempt to keep the camp open.

Veronica adores her loyal assistant, Missy Sykes, the camp’s bookkeeper, a lonely, single woman born and raised in Queens. Missy is committed to assisting her boss in an attempt to keep open a camp that awards “free scholarships” to inner-city kids that normally couldn’t afford the fee.

Ashley Webb, the camp’s co-director, has taken a sabbatical from her job in Omaha to oversee the camp’s day-to-day operations. Since evidence reveals the killer most likely is on the camp’s staff, Ashley is concerned Veronica is in denial the camp needs to shut down until law enforcement officials uncover the person responsible for shooting the handsome lifeguard.

Reggie Gordon, the camp’s other co-director, is a former African American Major League Baseball star, who vows to help Veronica. Because he grew up in the projects in Chicago, Reggie sees the benefits of a camp that caters to inner-city kids.

When additional problems surface, it appears Veronica has no choice but to shut down the camp, in part because she made some risky financial decisions to open ahead of schedule. Veronica, though, is resolute the camp will not shut down so she can honor John Jensen, “the kindest man I’ve ever met.”

Veronica has some sleuthing to do! When a murder occurs at her summer camp, her camp is in danger of closing. She must solve this quickly to keep her camp open.

Veronica is determined to keep this camp from closing, through many trials and tribulations. This camp offers wonderful opportunities to inner city kids to help keep their dream alive and to keep them out of trouble.

Veronica is a strong woman and refuses to be stopped. Needless to say, she really appealed to me. I love a secure, solid woman character and usually male writers miss the mark. This one was spot on!

Mr. Baldwin really knows how to spin a mystery. And the way he incorporates legacy, honor and values through out the book is exceptional.

I cannot wait to read more of his novels.

On a side note….not a huge fan of the cover….don’t let that stop you from reading!

I received this novel from the author for a honest review.
Author Bio 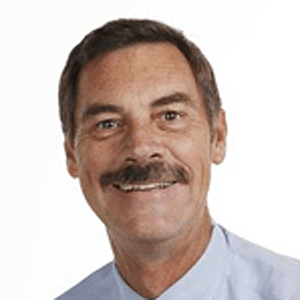 A former sportswriter, Mike Baldwin has transitioned to becoming a full-time novelist who specialists in mysteries that feature female lead characters; classic whodunits that appeal to mystery fans of all ages and gender.

His niche is fast-paced stories about dynamic female lead characters involved in plots packed with twists and turns, capped by surprise endings. Sprinkling in humor, Mike injects thought-provoking elements to introduce readers to new experiences while they’re being entertained by a fun story.

Mike’s favorite author is John Grisham because of his unique storytelling skills. He enjoys a well-written mystery whether it’s a page-turning novel or TV shows like Law & Order, Monk, Cold Case and Major Crimes. His favorite current series is “Suits,” simply because of the crisp, engaging dialogue. Mike’s only pet peeve is he believes many quality TV shows and commercials feature outstanding writing that rarely get the attention it deserves.

During his newspaper career, Mike covered Super Bowls and Final Fours, interviewed countless Hall of Fame athletes and coaches and was blessed his career allowed him to see the country. He attended games in 80 of the 90 NFL stadiums, NBA arenas and Major League Baseball stadiums, plus visited more than fifty college campuses.

The highlight of his career was when he wrote daily stories as a beat writer for The Oklahoman, the Oklahoma City newspaper. For seven years, he covered owner Jerry Jones’ team during the Barry Switzer era when the Cowboys were led by future NFL Hall of Famers Troy Aikman, Emmitt Smith, Michael Irvin and Deion Sanders.

Mike was humbled and honored last year when he was inducted into the Oklahoma Christian University Sports Hall of Fame (class of 2015).

DREAM KILLER eBook can be purchased at the following:

I am an avid reader and paper crafter. I am a mom of 2 children, 5 dogs and 1 cat. I am a huge St. Louis Cardinals Fan
View all posts by fredreeca →
This entry was posted in Reviews and tagged reviews. Bookmark the permalink.

2 Responses to Dream Killer by Mike Baldwin plus GIVEAWAY!