Muzhduk the Ugli the Fourth is a 300–pound boulder–throwing mountain man from Siberia whose tribal homeland is stolen by an American lawyer out to build a butterfly conservatory for wealthy tourists. In order to restore his people’s land and honor, Muzhduk must travel to Harvard Law School to learn how to throw words instead of boulders. His anarchic adventures span continents, from Siberia to Cambridge to Africa, as he fights fellow students, Tuareg rebels, professors of law, dark magic, bureaucrats, heatstroke, postmodernists, and eventually time and space. A wild existential comedic romp, THE UGLY tells the tale of a flawed and unlikely hero struggling against the machine that shapes the people who govern our world.

“[A] muscular critique of conflicts both intellectual and physical. A surprising treat.” — Publisher’s Weekly

“A full-on satire of contemporary law as mesmerizing and complex as something lost from Foster Wallace, yet as light in tone as A Confederacy of Dunces.” — Goodreads (#1 New Releases, Sept 2016) 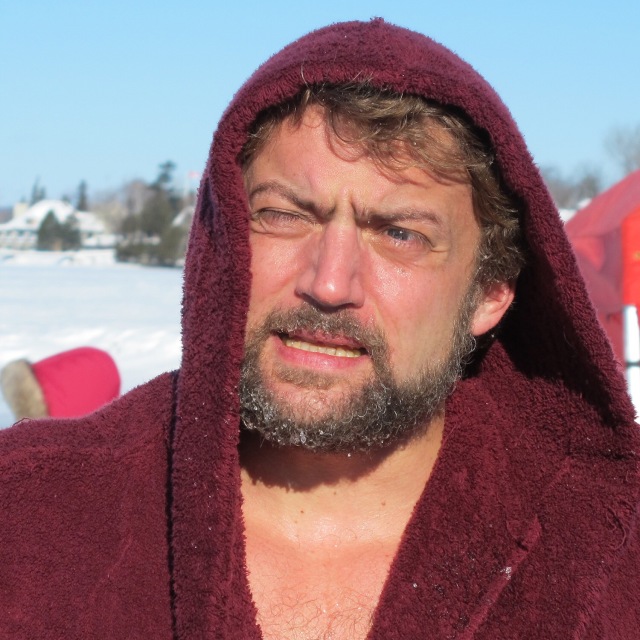 Alexander Boldizar was the first post-independence Slovak citizen to graduate with a Juris Doctor degree from Harvard Law School. Since then, he has been an art gallery director in Bali, an attorney in San Francisco and Prague, a pseudo-geisha in Japan, a hermit in Tennessee, a paleontologist in the Sahara, a porter in the High Arctic, a police-abuse watchdog in New York City, an editor and art critic in Jakarta and Singapore, and a consultant on Wall Street. His writing has won the PEN/Nob Hill prize and was the Breadloaf nominee for Best New American Voices. Boldizar currently lives in Vancouver, BC, Canada, where his hobbies include throwing boulders and choking people while wearing pajamas, for which he won a gold medal at the Pan American Championships and a bronze at the World Masters Championships of Brazilian Jiu Jitsu. For several years, an online Korean dictionary had him listed as its entry for “ugly.”

1. This is a very “smart read” book as I like to say. How did you research this? How did you verify your information?

Thank you for the kind compliment! Much of my research was primary—I did attend Harvard Law School, live with the Tuaregs in the middle of the Tuareg Wars, catch malaria while stuck on a riverboat on the way to Timbuktu, date a postmodernist “professor doctor doctor,” participate in a Voodoo ceremony in Benin and get iced-in one August during an expedition to Bylot Island in the high Arctic. I may even have thrown a boulder from time to time, though not at another human being. I absorbed ideas that I used in The Ugly, sometimes local words that I later transcribed, but I did all this with no academic rigor.

When I sent The Ugly to my publisher, of course, they insisted on fact checking every word in Tamasheq or Inuit or Harvardese, or some important detail of culture. For most discrepancies, I gave in to reality (and to my amazing publisher, Brooklyn Arts Press), but there are also moments in The Ugly where I insisted on following Nietzsche’s observation that “We have art to save ourselves from truth.” Half the slogans on the Harvard library walls are real, while half are not. One of the two books bound in human skin really is bound in human skin, the other has been found to not be. (Though the Gutierrez book was only established by DNA testing as not being human in 2014. In the late 1990s, we thought both were.) Half of the stories in the novel may be based in something real, half are not.

The Ugly is a book of fiction, so I tell readers to please assume they’re all untrue. Except Ted Cruz. Ted Cruz really did in real life what he does in the novel, though in hindsight I almost feel a bit bad about poking fun at him now. And although Muzhduk saved Pooh’s tree in the novel, it was a temporary victory. In real life the tree was cut down in 2012. The world is doomed.

Some readers have taken Pooh as the most surreal part of The Ugly. To them I suggest googling “Harvard Pooh” to see that I made up nothing. Ok, a few things. But nearly all first novels have autobiographical elements, and that’s certainly true of The Ugly.

2. What inspired you to write this type of novel? It has a complexity and creativity not usually found. Is there something specific which lead you to this tale?

There were really two drivers, one personal and one intellectual, and I very consciously tried to make sure the book also had two layers—the entertaining surface plot, and the thematic layers underneath. The book took 16 years to edit because making both of those work simultaneously was challenging.

I worked as a summer associate at a French law firm in Prague in the mid ‘90s, shortly after the country split. At the time I often spoke English in cafés if I if I didn’t want to be asked whether I could really afford the coffee. A table full of Czechs next to me didn’t realize I was Slovak, and I overheard them making fun of Slovaks as dumb mountain men who grunted and threw boulders at each other.

I absolutely loved the image. When I was younger, I had a bad habit of playing dumb whenever I could see someone start off with that assumption—I was large, drank too much, fought a lot, and had an East European love of the absurd that North Americans sometimes mistook for stupidity—and when I heard that dumb mountain man stereotype I wanted to run with it and turn it on its head.

At the same time, Harvard Law really was a very alien place for me at first. At one point in the book, Muzhduk gets an anonymous letter stating that his admission devalued the Harvard name for everyone at the school. That was, nearly word for word, taken from a real letter I received in my first year. It was a very careful place, where nobody knew if the person next to him or her might end up being a supreme court justice, or the president of some little country. Or big country. People who had lawyers for parents knew that the most valuable thing at Harvard wasn’t the education or even the name, but the connections—all in a hypercompetitive context. I preferred a directness that made me look like a caveman in comparison.

I had no interest in writing a One-L type neurotic complaint about law school, but I thought it would be fascinating to bring a real mountain man to Harvard Law and see what happened. That was the personal side.

At the thematic level, The Ugly is driven by the question “What is thinking?” I wanted to examine different ways of thinking. Kaspar Hauser mountain man, Harvard lawyer, African Voodoo priest, academic postmodernist, American painter, with many of these subdivided and then thrown at each other.

The thematic inspiration for The Ugly was a frustration with analytic rationality generated by being in law school. I was very good at logic, felt like I could fill out the entire volume of its Venn diagram, but I became frustrated that so many of my fellow students equated logic with thinking. I wanted more. That was also why in real life I did two years of law school, then took a year off to go to Africa, searching for a more tangible, immediate way of interacting with the world. So I talked my way onto a National Geographic expedition to go dig for dinosaur bones in the Sahara, trading abstract thought for sand and bones.

That wasn’t the answer either. I wanted to go to the jumping place, but I didn’t know where it was. Einstein did it, filled in the space of existing science, jumped into the realm of art, and pulled back the theory of relativity. The Ugly was my attempt to find the jumping place.

3. Without thinking hard….off the cuff….what is your favorite book? Quickly now…if you think you will change it. I want the first thing that pops in your head!

The Castle, by Franz Kafka. Even its title probably influenced The Ugly.

4. Which author, dead or alive, would you want to meet and have a conversation with and why?

Kafka, if it’s just one. I’d love to see how his mind worked on daily things—we’d talk about the weather and aliens and slow people who drive in the passing lane—to see whether his ability to consistently open a weird existential sideways shift was just who he was, or whether it was a conscious intellectual move within the story.

But if I can choose more than one, I’d love to have a poker game with Kafka, Heller, Vonnegut, Musil, Borges, Joseph Roth, Hrabal, Bowles, Dostoevsky, Camus, Rilke, Conrad, DN Stuefloten, Jodorowsky, PK Dick, Frank Herbert, Fassbinder and Einstein for variety—and just listen to them trying to bluff each other.

5. Catherine Mckenzie must have her tunes, Dan Brown needs his gravity boots. Is there anything special you need to write?

Time, silence and a beverage. Every machine has an input and an output. To be productive, I need to be sipping something liquid that my body can turn into ink on a page. On a good day, I’ll go through fifteen cups of coffee before switching to alcohol. Though I’m not averse to hanging upside down from time to time, just for fun.

I am an avid reader and paper crafter. I am a mom of 2 children, 5 dogs and 1 cat. I am a huge St. Louis Cardinals Fan
View all posts by fredreeca →
This entry was posted in Book Spotlight, Interview and tagged Interview. Bookmark the permalink.