The Covenant by Jeff Crook 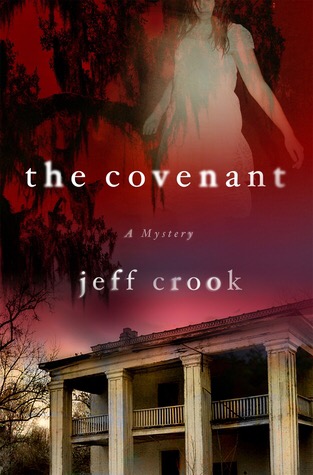 Jackie Lyons investigates a father’s mysterious death, in the second installment of her ghostly mystery series

When photographer and former Memphis police detective Jackie Lyons finds Sam Loftin’s lifeless body in the same location where his daughter died five years earlier, there’s no reason to think he didn’t kill himself, too. No reason, except Jackie has just seen Sam’s ghost act out the last violent moments of his life.

In investigating his murder, Jackie is drawn into a tumultuous battle between wealthy and powerful suburbanites and a charismatic preacher trying to serve the poor and homeless. But a deeper mystery lurks beneath the petty rivalries and jealousies of a gated community, one that stretches back into the distant past and reaches out to snare the youngest of this generation. A secret so dark, it can only be protected by “The Covenant.”

Jackie is a former Memphis city cop turned photographer. She lives in cheap motels and barely gets by. She takes a job to photograph an old plantation home on the outskirts of Memphis.  This turns into a bigger job than she bargained for.

I was intrigued during the first part of this book. When the author opened with “the liquor store on the corner of Poplar and Highland” I knew exactly where he was talking about. (FYI, the liquor store is Busters and it is the best in Memphis).

Jackie is a tough character and I really enjoyed her. She absolutely made the story! I love her quick wit and swagger. She brought a lot of intelligence into the plot.

I love stories about old houses and their pasts. This tale is alluring from the very start. On the other hand, the writing is choppy and not very smooth in spots. There are also a few places the characters do things that are not possible. I know it is a “ghost” story but some just are not feasible. However, it is a quick, enjoyable read.

I would love to catch up with this author at a signing somewhere. I love my southern authors and I would really like to pick his brain.

I do like this cover….makes you want to pick up the book and settle in.

I received this novel from Netgalley for an honest review.

I am an avid reader and paper crafter. I am a mom of 2 children, 5 dogs and 1 cat. I am a huge St. Louis Cardinals Fan
View all posts by fredreeca →
This entry was posted in Uncategorized. Bookmark the permalink.