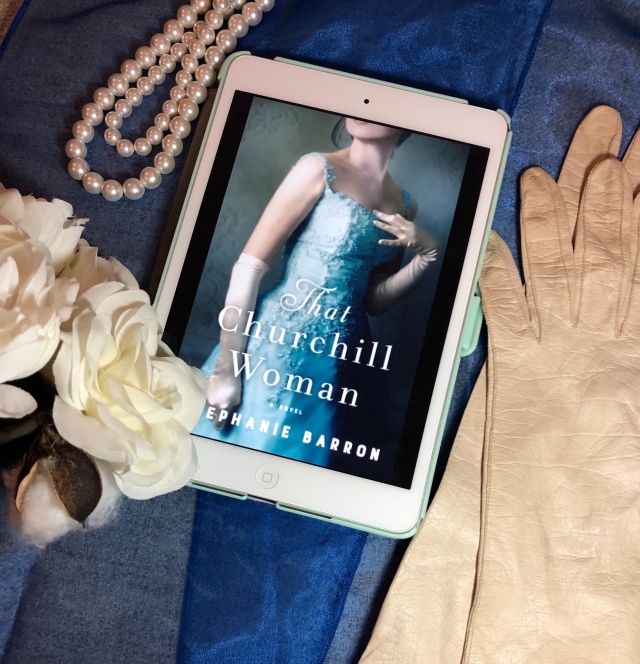 The Paris Wife meets PBS’s Victoria in this enthralling novel of the life and loves of one of history’s most remarkable women: Winston Churchill’s scandalous American mother, Jennie Jerome.

Wealthy, privileged, and fiercely independent New Yorker Jennie Jerome took Victorian England by storm when she landed on its shores. As Lady Randolph Churchill, she gave birth to a man who defined the twentieth century: her son Winston. But Jennie—reared in the luxury of Gilded Age Newport and the Paris of the Second Empire—lived an outrageously modern life all her own, filled with controversy, passion, tragedy, and triumph.

When the nineteen-year-old beauty agrees to marry the son of a duke she has known only three days, she’s instantly swept up in a whirlwind of British politics and the breathless social climbing of the Marlborough House Set, the reckless men who surround Bertie, Prince of Wales. Raised to think for herself and careless of English society rules, the new Lady Randolph Churchill quickly becomes a London sensation: adored by some, despised by others.

Artistically gifted and politically shrewd, she shapes her husband’s rise in Parliament and her young son’s difficult passage through boyhood. But as the family’s influence soars, scandals explode and tragedy befalls the Churchills. Jennie is inescapably drawn to the brilliant and seductive Count Charles Kinsky—diplomat, skilled horse-racer, deeply passionate lover. Their affair only intensifies as Randolph Churchill’s sanity frays, and Jennie—a woman whose every move on the public stage is judged—must walk a tightrope between duty and desire. Forced to decide where her heart truly belongs, Jennie risks everything—even her son—and disrupts lives, including her own, on both sides of the Atlantic.

Breathing new life into Jennie’s legacy and the glittering world over which she reigned, That Churchill Woman paints a portrait of the difficult—and sometimes impossible—balance among love, freedom, and obligation, while capturing the spirit of an unforgettable woman, one who altered the course of history.

Advance praise for That Churchill Woman

“The perfect confection of a novel . . . We’re introduced to Jennie in all of her passion and keen intelligence and beauty. While she is surrounded by a cast of late-Victorian celebrities, including Bertie, Prince of Wales, it’s always Jennie who shines and takes the center stage she was born to.”—Melanie Benjamin, New York Times bestselling author of The Aviator’s Wife and The Swans of Fifth Avenue

The story begins in Sandringham where Jennie Churchill is a guest of The Prince of Wales. This is where she meets one of her many lovers. Yes…she has quite a few. This tale rotates time periods between her childhood in America and her time with her husband.

The story itself is just ok. It contains a good bit of politics, which I enjoyed more than I expected. But, it just doesn’t have a lot of action. I did enjoy the historical aspects, especially the expectations of Jennie. There were a lot of restrictions placed on her and many women of that time period. Nothing new, but just different because of the Churchill’s status among society.

I really did not enjoy this novel as much as I thought I would. I think it is because I am not a fan of Jennie Churchill. I found her shallow and selfish. However, I also found her intelligent. I just expected her to show more backbone, maybe buck the system more.

I received this novel from Ballantine Books via Netgalley for a honest review.

5 Responses to That Churchill Woman by Stephanie Barron #historicalfiction #review